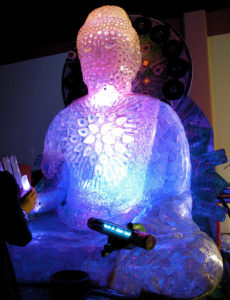 Living in the here and now at least for a short period of time is better for your brain..

The researchers report that those who meditated for about 30 minutes a day for eight weeks had measurable changes in gray-matter density in parts of the brain associated with memory, sense of self, empathy and stress. The findings will appear in the Jan. 30 issue of Psychiatry Research: Neuroimaging.

M.R.I. brain scans taken before and after the participants’ meditation regimen found increased gray matter in the hippocampus, an area important for learning and memory. The images also showed a reduction of gray matter in the amygdala, a region connected to anxiety and stress. A control group that did not practice meditation showed no such changes.

“The main idea is to use different objects to focus one’s attention, and it could be a focus on sensations of breathing, or emotions or thoughts, or observing any type of body sensations,” she said. “But it’s about bringing the mind back to the here and now, as opposed to letting the mind drift.”